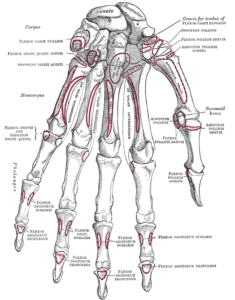 This is why at the ripe age of 14, she decided to exchange tickling the ivories with writing in her journal.

This is why she became a literature scholar. Teaching put both reading and writing into practice. Through teaching, she could inspire generations of dangerous thinkers.

It was motherhood without the Freudianism or fidelity or stretch marks.

Madeline wanted it. She was Beth’s student and research assistant, but she wanted Ellen to be her teacher.

Perhaps we could share, Ellen mischievously thought. We were partners in everything, right?

“I wish I had taken one of your classes!” Madeline wrote in an email to her.

Ellen bit down on a smile, the taste was so bittersweet. The missive was well meaning and reverential, but it stung because it pointed to the fact that she would never be in a classroom again.

She emailed Madeline a few syllabi and reading lists. She told her to start with Thoreau.

“I went to the woods because I wished to live deliberately,” Thoreau writes, “to front only the essential facts of life, and see if I could not learn what it had to teach, and not, when I came to die, discover that I have not lived. I did not wish to live what was not life, living is so dear; nor did I wish to practice resignation, unless it was quite necessary. I wanted to live deep and suck out all the marrow of life, to live so sturdily and Spartan-like as to put to rout all that was not life, to cut a broad swath and shave close, to drive life into a corner, and reduce it to its lowest terms, and, if proved to be mean, why then to get the whole and genuine meanness of it, and publish its meanness to the world.”

Everything Ellen could teach Madeline about life existed in this passage.

Reading and writing were the double helix of Ellen’s spirit. With her illness—with the molecules and fibers and muscles of her body breaking down—both were becoming increasingly laborious. Her body was at war with her mind.

Writing no longer meant a pen. Ellen could no longer hold one. The physicality of writing was no longer effortless. Now she used more energy on the bodily mechanics than the thinking. Now she told her left hand to grip the side of the desk. Now she told her index finger to tap the “t,” and then the “h.” But no matter how quickly she told her finger to move, it would not move fast enough to prevent making an error of everything.

Did she already press the “h”?

Her body was fat and bloated, her fingers distended. Real prosthetics distorting sensations. She was glad she couldn’t feel the plastic keys as she typed.

But she would hold on to that desk until the end.